Rabbits are a species in Britain that can often be overlooked. They are a common site across much of the country but their fortunes have risen and fallen considerably over the generations. 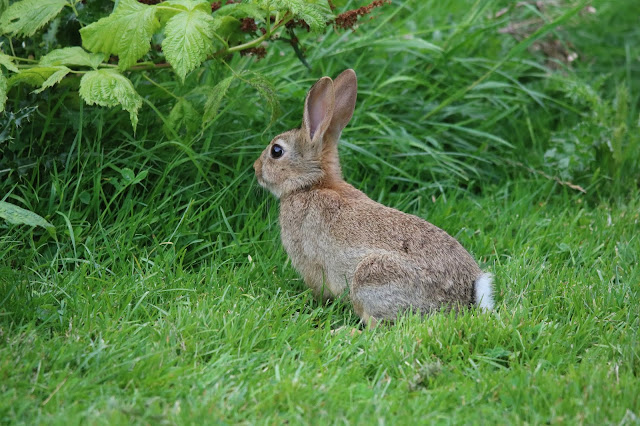 Its is believed the Rabbit that we know and love today was introduced to Britain by the Normans although the fossil record indicates that they had been present in prehistoric times but gone by the Neolithic. The Normans farmed them for fur and meat with warreners being appointed to look after the rabbit warrens.

The Rabbit is a survivalist and can thrive in a range of habitats as long as there is sufficient grass to eat and soil to burrow in to. Rabbits also have the ability to breed prolifically, the breeding season can be as long as from January to August and can produce a litter of between 3 and 7 kittens every 30 days. This amazing reproductive rate is important because lots of things love to eat them, they form the main diets of foxes, stoats and buzzards.

Such productivity brings them into conflict with farmers. In the 1950's in an effort to control rabbit numbers in Australia the myxoma virus was introduced to wild populations. This horrible disease internal bleeding and lesions on the eyes that blind them. Britain became infected in 1953 from France and began to devastate populations.

In the mid-1980's I remember you couldn't go anywhere in Warwickshire without stumbling over Rabbits, they positively filled the hedgerows and trackways. Then a contagion of myxamatosis whittled the numbers down to what we see today. Whilst the virus isn't a prevalent anymore outbreaks do occur and they are at risk from Rabbit Haemorrhagic Disease.

I took the pictures of the rabbits this weekend at Priory Park, here a stable population exists in the centre of town, multiple warrens are scattered across the parkland. Beloved by dog walkers the rabbits seem to have become accustomed to them and each year at this time it is possible to get quite close to the young rabbits. 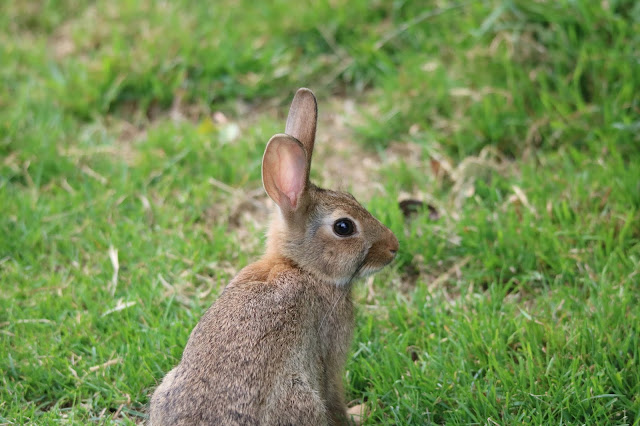 They are obviously quite wary but on my bike they seemed less concerned and I was able to approach within a few feet. I was then able to observe them as the grazed on tender grass shoots. It was fascinating to watch the ears twitching. Twitching ears and noses are a common habit of rabbits but it was interesting to watch how they swivelled. As they turned their backs on me to eat their ears would turn round to keep fixed on me, listening for the slightest sound of movement.