Jewels on the Wing

I have been collecting data on the wildlife of 'my patch' for over 15 years now and its about time I did a little more with that information.

At this time of year we are approaching the end of the Banded Demoiselle flight period and so I thought it appropriate to explore their population dynamics since 2003. 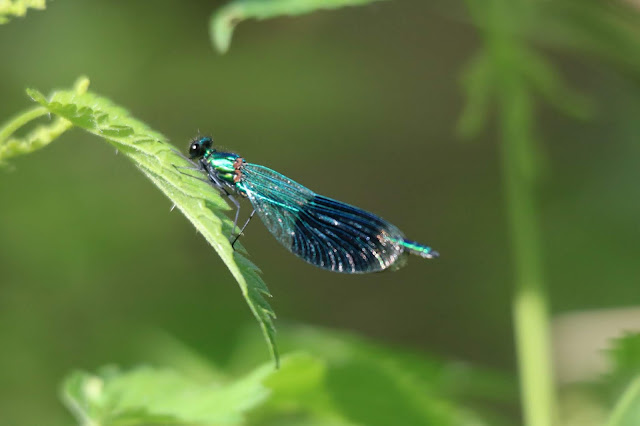 How has their population size changed over time? Has the time they first emerge got earlier or has the length of their flight period changed. I can answer all these questions in a series of graphs. 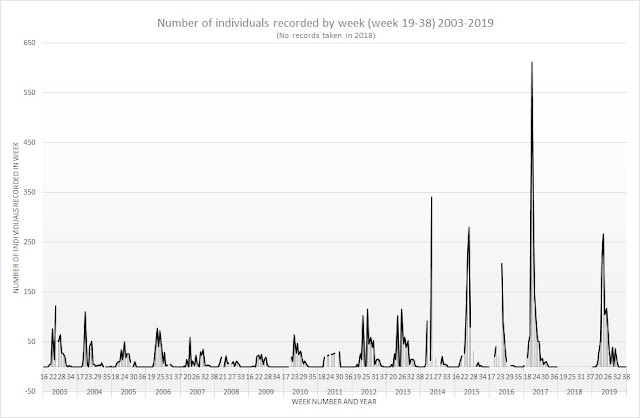 This graph shows that between 2003 and 2013 the population was fairly static at less that 150 individuals in flight er observation. This increases markedly in 2014 with number rarely dropping below 200. 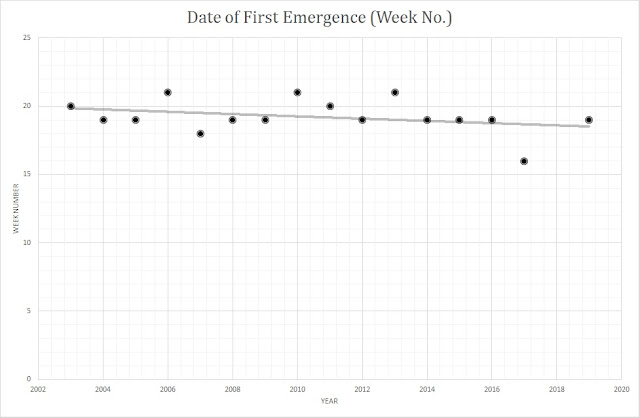 Over the 16 years of study there is very little change in the week number in which the first Banded Demoiselle is seen. The trendline does indicate a very small trend for slightly earlier emergence times but is unlikely to be significant. 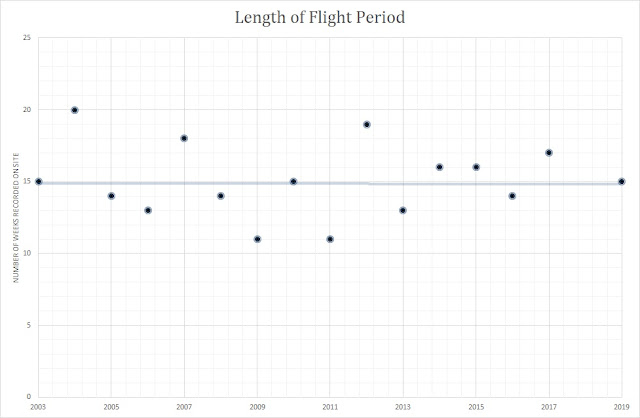 Whilst emergence maybe getting ever so slightly earlier the duration of their flight period has remained static at approximately 15 weeks (11-20) although it could be said that this has only become more stable since 2013 with the variance in data becoming less than preceding years. 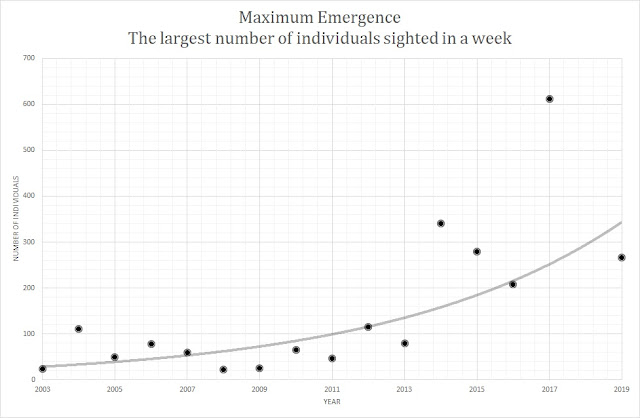 This last graph partners with the first to take a more in depth look at the change in population, Here the maxima count values for each year are plotted highlighting the rising curve.

So what does all this mean? Well we can say that the population of Banded Demoiselles at the Saxon Mill is stable and actually increasing year on year within the same defined flight period. These sort of studies are very useful at looking at patterns but only go so far. We need some other level of data to explain the changes. Is the increase in numbers due to a change in sex ratio, better food availability or a reduction in predators. This opens up new avenues for investigation, I am reluctant to introduce the spectre of global warming but it is in temperature dependent species such as damselflies that its effects can be noticed.

You have to be careful in analysing data as well. You need to know about the ecology of the species, Banded Demoiselles spend two years as larvae before emerging therefore the population increase seen starting from 2013 reflects an increase in eggs laid in 2011.
Posted by Mark Smith at 08:12